Bucher Municipal has been operating in the Freeport of Ventspils Authority for 12 years and has rapidly expanded its volume of production. A few weeks ago, a new production line of compact municipal machine C201 was launched. This development has allowed to start completing the project Spirit implemented by the international Bucher Industries Group.

From Switzerland and England to Ventspils

Before opened the production line, other important steps were taken in the development of the production facility. New lines were also opened in September 2016 and May 2017, according to the head of Assembly and Painting Departments Dace Graudi┼åa and production engineer Artis Segli┼å┼Ī.

The new line is provided for assembling a compact class street sweeping machine C201 with the capacity of 2m┬│. Another model of municipality machine with the capacity of 2m┬│ is also produced at the production facility in Ventspils. The production of this machine was moved to Ventspils from Switzerland last year. As the functions and operating principle of both models are different, it was not possible to combine the new model in the existing line. The new production line was moved from the enterprise of Bucher Industries in England. ┬½We moved three production lines from Switzerland and two production lines from England,┬╗ Graudi┼åa said and added that the changes were implemented due to the project Spirit started by the group in February 2016 that will last until the end of 2017. It should be reminded that previously only some parts of municipal machines were produced in Ventspils, but starting November 2015, full production cycle is ensured.

One of the heads of Bucher Municipal Thomas Emmenegger has said before that the main reason why assembly lines were moved to Ventspils is related to financing, as the assembly of municipal machines in Ventspils is cheaper than in England and Switzerland. The head of Assembly and Painting Department added that it is not the only reason. Until now, the machines with similar structure and capacity were produced in different places. Now all the compact street sweeping machines are produced in Ventspils, the machines with large capacity (6m┬▓ and 8m┬▓) are produced by the production facility in England. Bucher Municipal produces six models of municipal machines in Ventspils, with the capacity of 1m┬│, 2m┬│, and 4m┬│.

Each station has its own tasks

The new production line has nine stations and five pre-assembly zones where the cabin, container, electric components, parts of brushes, and other parts are produced. At the first station, the axels are assembled on the chassis, and water and fuel tanks are added. Later, engine and other parts of the machine are added. Each station has its own tasks, therefore, at the last station, the machine can be driven out.

The first machine that underwent a full assembly cycle on the new line was launched a few weeks ago. The production process is constantly improved, as only during operating process deficiencies can be detected. The line has been constructed in a way to ensure that assembly work at each station would be completed in six hours. Now, while issues being resolved, the production cycle is longer, however, the initial goal to produce a machine within 15 days has already been achieved. When the production process will be smooth, it is planned that assembly of one machine would take about 10 days, including testing.

Sweeping streets of the world

The first machines assembled on the new line were sold in the English market. Machines that are currently being assembled on the line launched recently by Bucher Municipal will be used in Germany and Iberian Peninsula. The future projects provide that municipal machines C201 will also work in the USA, Australia, and Ireland. Other machines of smaller capacity are also sold in China, Korea, and elsewhere. The company has fixed contracts concluded at least eight weeks in advance, however, long-term plans exist that provide information on the production trends.

When at the production facility, one can notice that the majority of employees are young people. According to Graudi┼åa, the average age of employees at the company is 34 years. ┬½Young people learn fast and they are elastic, ┬╗ the head of Assembly and Painting Departments added. ┬½However, we certainly need employees who are matured, experienced and knowledgeable. We need a balance. ┬╗ 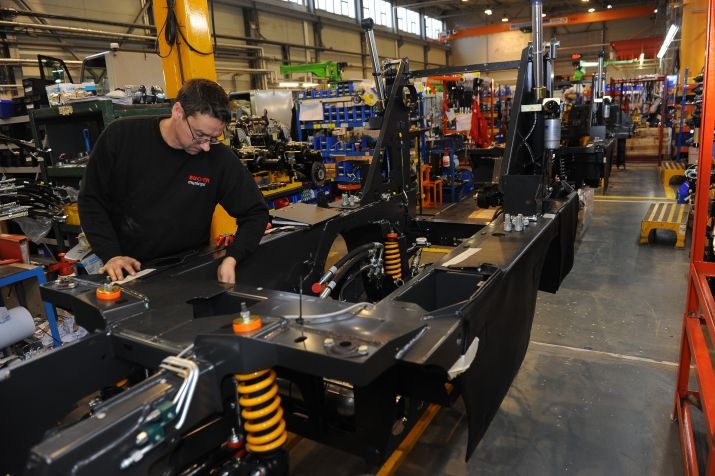 One of the first stations of the production line. Armands Zemr┼½─Ęis prepares a chassis to assemble the cooling system. 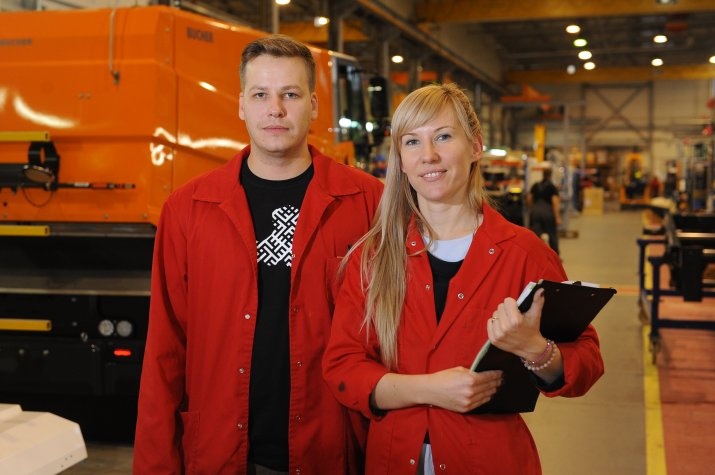 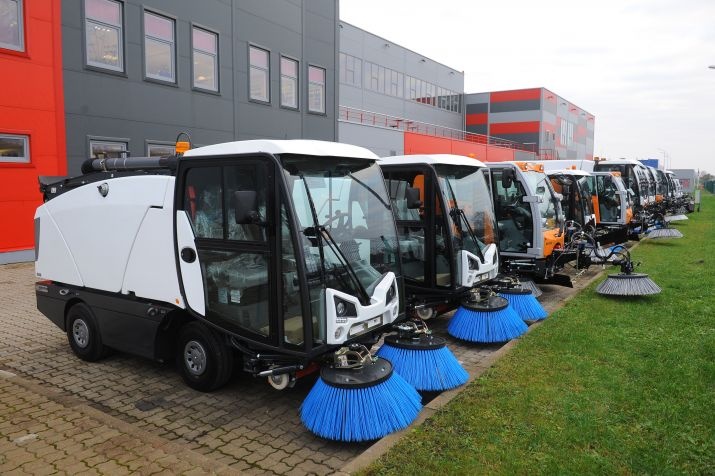 Municipal machines C201 are one of the latest and most modern models of Bucher Industries.