The Freeport of Ventspils Administration is responsible for the preservation and maintenance of the oldest lighthouse in Latvia – Oviši lighthouse, as well as the romantic lighthouse of U┼Šava and the one most remote from towns – the Akme┼årags lighthouse. These are the only three lighthouses in Latvia that are officially open to the public. These buildings are considered a unique cultural heritage that attracts the visitors of the Kurzeme coast.

The oldest lighthouse in Latvia – the Oviši lighthouse – is located on the Oviši promontory 360m from the shoreline. The lighthouse is still active and has been included in the list of national protected cultural monuments.

The previous name of the lighthouse – Lisere or Luserorta promontory – existed until 1917. Lysa in Swedish means to burn, but ort – place or horn. Already since the 11th century bonfires or tar barrels have been burned here as a mark of orientation. The Oviši lighthouse stands also for coastal shallows of the same name and indicates the shoreline’s change of direction.

The lighthouse of U┼Šava has been included in the list of the national protected cultural monuments and is located about 20 km south from Ventspils. It stands on one of the three high wooded dunes – the so-called Teniroka dune (28 m high). From afar, this dune reminds people of a baking over, therefore, in the 19th century the German name of U┼Šava lighthouse was Bakofen.

U┼Šava was mentioned in historical sources for the first time already in 1230. It is believed that already in the 17th-18th century a navigation fire in the form of a bonfire was placed on a pile of stones in order to serve as a guidance sign for ships on their way to Ventspils.

Throughout the lighthouse’s existence stabilization of the adjacent coastal slope have been carried out. In the 1920’s and 1930’s wicker baskets filled with pebbles, and boulders were used for fixation. In 1970’s these were replaced by concrete blocks.

The lighthouse has four floors; it is plastered, whitewashed and connected to the dwelling house. In the 1950’s the height of the tower was 19.4m. Inside the tower – around the central column – a metal spiral staircase is placed. On the top of the tower a balcony with metal railings and a metal-structured light room is placed (its diameter – 3m – is equal to the diameter of the lighthouse).

In order to visit the lighthouse (located around 80km from Ventspils) you first need to visit Ziemupe. The lighthouse is the main adornment of Akme┼årags – just reach the top of the lighthouse and you will be able to see a fantastic view of the sea and the surrounding forests.

The lighthouse was built in 1868. The materials for construction were shipped across the sea from Liep─üja, then handed over to shallow floating pontoons in Akme┼årags and thereby delivered to the trestles constructed in the offshore. The lighthouse tower was renewed in 1921. The tower with the lantern is 38 metres high. 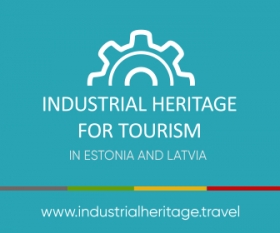