Our priorities in the area of social responsibility are creating favorable environment and taking good care of people, who have chosen living in the vicinity of the Port of Ventspils in the long term.

While maintaining the traditional tasks of the port, Ventspils Freeport in close cooperation with Ventspils City Council acts as a regional developer.

The Port of Ventspils has always been a part of the city, therefore our social initiatives go far beyond the framework of good corporate governance practices. We actively participate in the life of the society by promoting innovation, furthering education and attracting specialists, investing in urban management, and informing and educating public on port operations and other areas, which the European Sea Ports Organization (ESPO) has defined as significant for the port management in the 21st century.

An Upgraded Port and Urban Infrastructure

Contribution to the port and the city's publicly available space infrastructure development can be felt on every step. Construction of convenient access roads has improved both the flow of transit cargo and city traffic ‚Äì it is safe, convenient and economical. Construction of new, contemporary buildings (such as the Passenger Terminal) has enriched the city‚Äôs skyline and contributed to the emergence of new services. A well-renovated promenade and the South Pier have already become popular with the locals and guests for leisurely strolls.

During the reconstruction of the historic Venta Bridge in 2010, by restoring the drawbridge part in accordance to the port development plans, the decorative lighting was installed under the bridge. This unique art object that has no similar in Latvia has become one of the city's symbols.

The port and city of Ventspils are one unit ‚Äì industrial production facilities at the port are a part of the city's visual identity. While developing the port, we ensure that the production and tourism environments are consistent in the long run. Visual criteria for the port and the city are strict. The residents of the city gain from that ‚Äì high aesthetic demands have made ‚Äã‚ÄãVentspils one of the most attractive cities on the coast of the Baltic Sea, and the flow of visitors to Ventspils is increasing every year.

Industrial production zone at the Freeport of Ventspils has rapidly developed during the last decades in the meadows of the outskirts of the city, creating jobs for the port of Ventspils and inhabitants of the region. Bucher Municipal, Malmar Sheet Metal, Ventspils Elektronikas Fabrika, Diana Sveces and other companies have become an integral part of Ventpils, just as the port terminals are. Since 2002 Ventspils has attracted 17 new domestic and foreign producing companies, creating about 1,000 new jobs in the industry. In 2010, for the first time in the history of the city, jobs in the industrial sector exceeded the number of employees in the port sector. Economic diversification creates prosperity, stability and security for the city and the whole region in the long-term.

Port companies and new plants are an attractive place for educated young people to start a career, because higher and vocational education training programs that are offered in Ventspils are tailored to meet the needs of entrepreneurs in the region and has the flexibility to adapt or be extended in accordance with changes in market demand.

Ventspils Freeport Authority partners with city schools in order to create interest about the port professions among young people as early as possible. One example is the competition Anchor, organized by the Freeport of Ventspils, attracting the interest of high school students in the Marine Officer profession that is on high demand and has good future prospects in Europe.

The selection of topics for undergraduate and graduate thesis at Ventspils University College, which are often on the subject of logistics, investment attraction and other areas related to port activities, indicate the interest of the students to acquire the necessary professional skills that are needed in Ventspils enterprises.

Ventspils University College with the support of Ventspils Freeport  Authority and in collaboration with the Erasmus University in Rotterdam (The Netherlands) has started attracting faculty and developing curriculum for a master‚Äôs program in logistics.

Freeport of Ventspils contribution to the creation of new and effective business processes is also encouraged by events and seminars for entrepreneurs, organized by the Freeport ‚Äì Entrepreneur in Five Days, Commercializing Technology for Researchers, project on business processes at the port (smart ports) Smart Log, Smart Community and others, as well public lectures, offered by internationally recognized faculty for the general public.

Freeport also provides support to high quality research and educational activities that promote Ventspils as a logistics center and a place of business of international recognition.

The port's contribution to the city and the region are also high quality and pleasant living environment. Ventspils has become one of the most attractive tourist destinations in the Baltics, but the port ‚Äì a place for celebration. Whether it is the Marine City Festival, the Blue Flag beach opening, or just a walk in the city on a Friday night ‚Äì the port is just around the corner, any activity in Ventspils provides a special characteristic atmosphere that can be only felt in a port city. 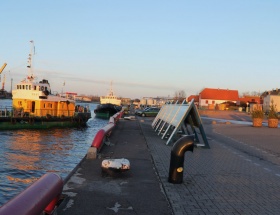 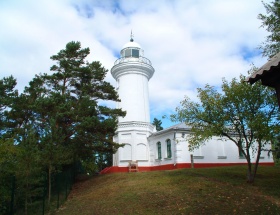 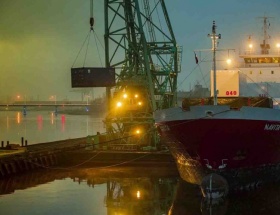