Freeport of Ventspils increased cargo turnover by 33% in 2022

In 11 months the cargo turnover has increased by 32%

During the 11 months of year 2022, the terminals operating in the Ventspils Freeport handled a total of 13.3 million tons, which is 32% more than last year.

Freeport of Ventspils participates in an international fair in Turkey

During the period from 16 to 18 November, the Freeport of Ventspils, as well as other representatives of Latvian transit and logistics participate in an international fair "LogitransTurkey 2022" in Istanbul, Turkey.

In the beginning of November the Freeport of Ventspils Authority together with the entrepreneurs of the port and other representatives from the transport and logistics sectors of Latvia worked at the international exhibit and business forum TransLogistica Uzbekistan 2022.

On 24 August, laureates of the display Best Structure of the Year in Latvia were announced. In the nomination “Engineering Structure”, 1st place was awarded for the renovation of the Ventspils Northern Pier in Ventspils.

On Monday, 25 July, David Yakobashvili, the main investor of Forpet Baltic Ltd, developer of various innovation projects and philanthropist, arrived in Ventspils for his first visit to get acquainted with Ventspils, the Freeport of Ventspils and to evaluate the development of Forpet Baltic Ltd, where more than 14 million euros have already been invested.

The remediation project in Ventspils will use the experience of Norway

On June 2022 the joint project team of the Freeport of Ventspils authority and “Ventspils High Technology Park” (VHTP) visited the foundation “International Development Norway AS” to gain knowledge, practice and experience regarding the realization of projects related to environment and climate change.

Freeport of Ventspils to build infrastructure for drinking water exports 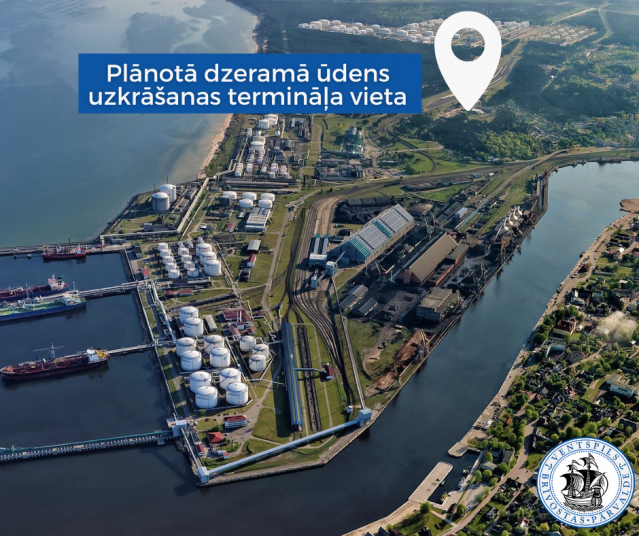 The Freeport of Ventspils Authority has signed a development right agreement with SIA BLNC, which plans to invest up to 25 million EUR in Ventspils and build a drinking water storage terminal and export infrastructure. The agreement is concluded for a land plot of approximately 7.1 hectares in Ventspils, P.Stradi┼åa iela 20.