Igors Udodovs
Deputy Executive Officer of the Freeport of Ventspils, Head of Marketing and Development Department

We are situated in a beneficial transport connection point between the EU and Central Asia and are considered to be one of the core network hubs in Latvia and the Baltic Sea region between the East-West transit corridor and the European TEN-T transport network. To us a high level customer service means the ability to offer an infrastructure that responds to our customer demands – efficient transport routes and their combinations in both global and regional transport chains.

The Port of Ventspils serves as a TEN-T base for effective delivery of goods in the Northern part of the EU. We offer complex transport solutions to companies by using sea, road, rail and air transport links. Ventspils is also connected with the Russian oil pipeline system Polotsk – Ventspils with the total capacity of 6 000 000 tons per year.

The single 1520 mm railway system of Latvia, the Baltic and Central Asia countries and the single road transport system is one of the benefits of the Ventspils transit development.

The dual way motorway E-22 runs through Ventspils and continues up to Russia (United Kingdom – the Netherlands – Germany – Sweden/Norrköping – Ventspils – R─½ga – Russia/Moscow). An efficient logistics network reaches from Ventspils up to other Baltic and Central Asia countries.

Ventspils is a part of the East-West railway corridor, which is integrated in the common Eurasian transport system. It connects Europe and the regions of Asia with the Baltic Sea ports, and is one of the busiest traffic connections in the Baltic States. The railway maximum capacity is 34 million tons per year.

One of the world’s largest ferry operators with the broadest network in Europe – Stena Line – provides regular ferry lines from Ventspils to Sweden.

Ventspils – Nynäshamn (Sweden, 58 km from Stockholm, 545 km from Oslo) runs 12 times a week. The fastest sea route connects Stockholm, the central part of Sweden and also the economic activity centers of Norway with Latvia, from where it is possible to reach Central Asia countries and further regions with the help of land transport.

The Ventspils Airport is located in the territory of the Freeport of Ventspils. The airport specialises in servicing general aviation flights. The airfield is certified to perform visual flights in the daylight and darkness. The technical parameters of the airfield are as follows: one 1,298 m long and 32 m wide asphalt runway for servicing aircrafts with the maximum takeoff mass up to 30 tons. The Ventspils Airport has passenger terminal, meteorology information service (ATIS) and aviation fuel is available 24 hours a day.

Unoccupied area adjacent to the Ventspils Airport is available for locating new businesses and production plants.

Ventspils is located approximately 175 km or 2 hours away from the biggest air traffic center in Latvia ŌĆö the Riga International Airport (RIX).

Businesses currently in Freeport of Ventspils

production of electronic systems and their components;

–         We started to build the Ventspils Electronics Factory in 2005, and I wondered: “Who would work in the factory?” In response to this question the city even created a new engineering department in the Ventspils University College, Faculty of Information Technology, and later also the Electronic technician program in the North Kurzeme Vocational Education Competence Center. Due to their skills and proximity, the graduates of these programs are still in high demand. 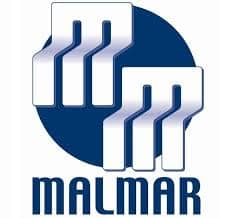 –         Although we visited Liepaja, Jelgava and Riga, Ventspils attracted us more. Not only because it is green and beautiful, but also because educated and motivated people live here. What is more, we found welcoming people in several city authorities, and there was land available for us… But the most important reason is the logistics infrastructure, the ferry traffic to Germany and Sweden, as well as the infrastructure for business start-ups, such as the VHTP Business Incubator. The North Kurzeme Vocational Education Competence Center provides companies with young and educated employees. Also the Ventspils High Technology Park played an important role by helping to obtain European co-financing, which resulted in a new industrial building for our company.