FDI Intelligence, part of the Financial Times Group, has published the ‚ÄúFree Economic Zones 2020‚Äù study. The Freeport of Ventspils is included in the top ten most promising free economic zone in the world, received the second best rating in the European region, named the best business development place for large tenants in Europe, received recognition for specialization in IT, as well as a special award for smart development strategies.

The FDI Intelligence study on special economic zones in the world is conducted annually with the aim of identifying the most promising areas for investment both in the world as a whole and in each separate region. This year, 61 special economic zones from all over the world took part in it. Each application is evaluated by a panel of judges, nominating the overall winners, determining the winners in separate categories and awarding special prizes. 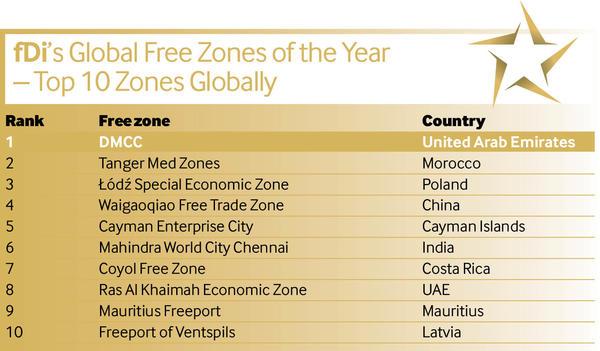 In 2020, the DMCC in the United Arab Emirates is recognized as the most promising free economic zone in the world. The top ten includes two zones from the European region - the Lodz Economic Zone in Poland and the Freeport of Ventspils. Consequently, the Lodz economic zone has received the highest rating in the European region, but the Freeport of Ventspils - the second place in Europe.

FDI Intelligence is part of Financial Times ltd. group, which specializes in areas related to foreign direct investment and the attraction of this investment.

The general results of the study are available at www.fdiintelligence.com/article/78955