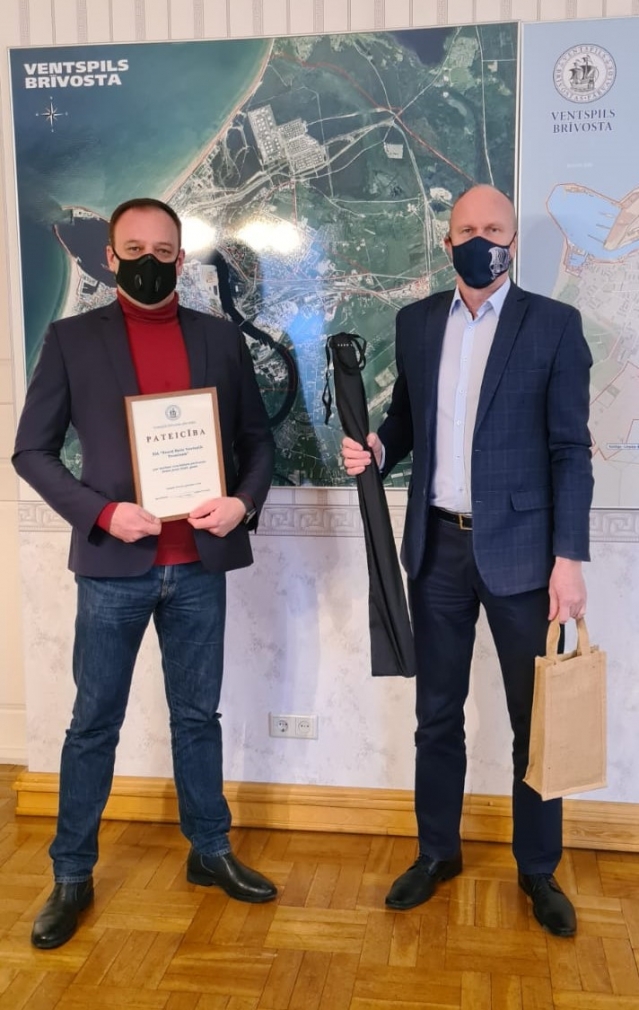 Noord Natie Ventspils Terminals‚Äô largest cargo volume consists of ro-ro (transported by ferry) cargo. Despite the turmoil caused by COVID-19, ro-ro freight movement between the ports of Ventspils and Nyn√§shamn has remained at 2019 levels, amounting to a total of 2,133 million tonnes. The number of cargo units carried has even increased by 2,182.

The largest increase in ro-ro volume may be expected in 2021, as the ferry operator Stena Line has announced the enlistment of two new ferries on the Ventspils route, thus increasing capacity by about 30 %.  This has also become possible thanks to negotiations between the Freeport of Ventspils, Noord Natie Ventspils Terminals and Stena Line in 2020, during which an agreement was reached on additional work to be done. In order for Stena Line to be able to carry out this development project, the Freeport of Ventspils Authority is planning to build a shore reception station for polluted water, as well as additional port fenders.

In 2020, in total 12.9 million tonnes of cargo were transhipped in terminals operating in the Freeport of Ventspils, which is 37 % less than a year ago. The main reason for the reduction in cargo is the fact that coal exports stopped almost completely in 2020 ‚Äì the amount of coal transhipped decreased by 90 % compared to 2019, because Russia, the country of origin of this cargo, tranships it almost completely in its own ports, which had already been purposefully planned for many years. Due to the economic crisis caused by COVID-19 and to the oil prices, demand for energy resources such as petroleum products, which is one of the largest cargo segments in Ventspils Port, has also fallen. The volume of this cargo in the port has decreased by 18 %. Meanwhile, the volume of other types of cargo is relatively stable and, in some segments, such as timber and various products of agricultural origin, is even increasing.