Igors Udodovs, Deputy Executive Officer of the Freeport of Ventspils:

"The Ventspils High Technology Park marks a crucial step in the industrialisation of the city. Even before the park was established, we realized that if we wanted to develop the city into a high-quality, sustainable industrial centre, we needed to focus on a type of manufacturing in which a larger intellectual potential has been involved. Among these is mechanical engineering, apparatus construction and electronics, which, of course, also requires a less skilled workforce, but the creation of a mechanical engineering or an electronics product requires a high degree of engineering potential and knowledge.

In 2005, the foundation Ventspils High Technology Park was established in Ventspils with the aim of developing high-tech industries, as well as the construction of infrastructure has begun in the technology park, which was the first step to attracting representatives of the electronics industry to Ventspils. With the combined efforts of the city, the Freeport, educational institutions and the foundation itself, the High Technology Park has now grown to become a major hub to produce products of mid to high-level difficulty."

The park now houses one of the largest IT service providers in the world ŌĆö the company Accenture, Baltic Technology Group, Squalio data centre and more. Another branch of the global IT giant Emergn is growing in the Business Support Centre overseen by VHTP.

In the Ventspils High Technology Park industrial zone production takes place in already five buildings, and construction works have started in two other objects ŌĆö it is one of the most advanced ones in the Baltics. One of the largest manufacturers in the park is HansaMatrix Ventspils, which is also one of the largest manufacturers of electronic components and products in Latvia. One of the latest construction projects is being carried out specifically for the development of this company in order to produce new types of products there. 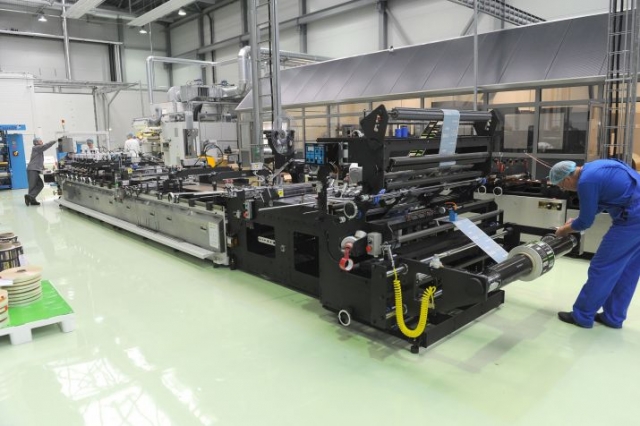 Immer Digital, another large manufacturer which produces high-complexity food packaging, is also expanding. The second development object is intended for this company specifically ŌĆö it will be the largest building among the new factories which will be built within the next one year and a half by the order of the Freeport of Ventspils Authority. Its area is approximately 6000 square meters.

As the number of employees at VHTP will grow, it is necessary to improve the rest of the infrastructure, therefore construction of two new parking lots with the necessary rainwater treatment system with sand and oil product separators has been started. There will be 133 parking spaces on the parking lots.

This spring, construction work has already begun in the territory of VHTP, new buildings and car parks are under construction.