Historical Oil Contamination in Ventspils to Be Eliminated

In July, Ventspils Freeport Authority started implementing one of the largest environment clean-up project in Ventspils. In the next three years, it is planned to clean the territory of the former wastewater treatment plant complex ‚Äú≈™deka‚Äù and the territory of oil pipeline network from the historical oil product contamination, thereby preventing further spread of contamination.. Total value of the project is more than 5 million euros. 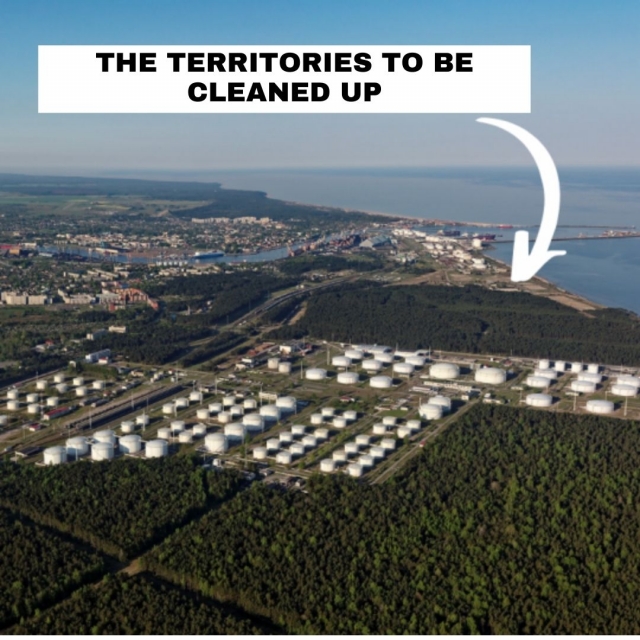 Applying sustainable cleaning technologies, the fraction of oil products will be eliminated in the bottom of the contaminated territory and parallel to the Baltic Sea shore zone, approximately 300 meters long filtering and cleaning system will be installed in the contaminated territory that would prevent further migration of contaminated groundwater in the direction of the Baltic Sea, completely eliminating the contamination risks of the marine areas. In addition to recovery works, public information campaign will be developed, increasing the public understanding of topical environment and climate matters.

As a result of development of Ventspils port territory after World War Two, oil and chemical cargo transhipment terminals were built ‚Äî Ventspils Nafta pumping station and Ventspils near-port factory. Along with those, Soviet Army tank site was operating. It has been discovered that several fuel leaks were detected during the operations of tank site.  Moreover, several cases of fractures of pumping base pipes in the pipeline network have been detected since the beginning of operations of the pumping station in 1961. In the 1980s, it was discovered that the reason of fractures was poor pipe welding quality. Considering that the contaminated area is very close to the Baltic Sea shore and Venta River, in the event of flooding it is possible that the pollution might spread uncontrollably and threaten the shore, Baltic Sea and public health.