The company TC Steel operates in the territory of the Freeport of Ventspils and manufactures large size containers of various volume for transportation of solid waste and bulk cargoes, as well as truck platforms for transportation of construction machinery. Products of TC Steel have become widely recognisable in the Scandinavian and European markets. The company is among ten largest automotive companies in Latvia.

Manufacture of containers and truck platforms is provided in two workshops by manufacturing smaller containers in one of them and larger containers in the other. Paintshop is currently located on leased premises, however, in November, new paintshop in the area of 2ŌĆÖ000 m2 was launched in the companyŌĆÖs own territory.

The company is export-oriented, and export accounts for 99% of the total sales of TC Steel products. ŌĆ£Geographic location of our production unit is very convenient due to the ferryboat traffic between Ventspils and Sweden. This factor opens up additional opportunities for us, while working on the Scandinavian market,ŌĆØ points out Mr. Sergejs Timo┼Īuks, Chairman of the Board of the LLC (SIA) TC Steel. Sweden and Norway are the main markets of bulk cargoes, including waste, large size containers and truck platforms.

TOP 5 company in the Baltic States!

Recently published macroeconomics review of the Bank of Latvia contained analysis of the automotive industry in Latvia and names of ten largest companies working in this industry by the growth in five years (2013ŌĆō2017). Ventspils company TC Steel with last yearŌĆÖs turnover of 4.8 million euro is among ten largest enterprises. This represents 1.2 million euro or 34% above the indicator of 2013. Mr. Timo┼Īuks points out that the Ventspils company has no equal ones in Latvia in the segment of manufacture of large size containers, while it is among five largest companies on Baltic scale. Nearest competitors of the manufacturers of Ventspils are located in Estonia, and they are the ones satisfying demand for large size containers in Finland. 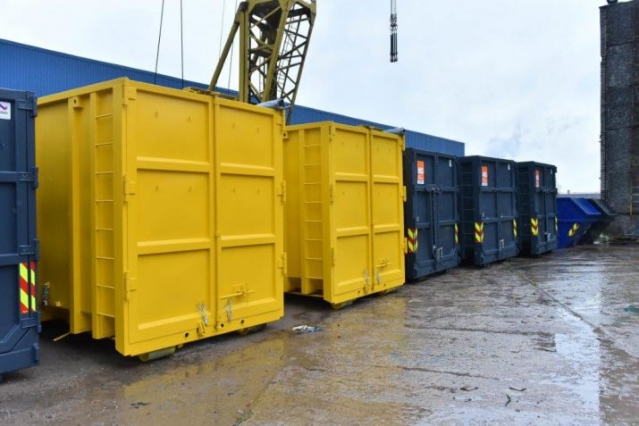