The best dust collectors are made in Ventspils

The new Russian entrepreneur Emil Khamitov chose Ventspils for his business development because of the advantages and opportunities provided by Ventspils Freeport Authority and Ventspils Municipality. Within only a few months the production of this new company in Ventspils Emil Company Europe is already recognized in Latvia and our city.

The young entrepreneur began his business in Russia, Kazan. In the beginning, he was simply repairing the equipment of beauty parlours. He was trying to fix all of the flaws of the equipment to ease the work for nail-technicians. Once Emil even tried to construct manicure table lamps. The next step in the development of business was the improvement of existing dust collectors, taking into consideration the wishes and needs of nail-technicians. A Chinese model with all its flaws was taken as a base and, by improving it and eliminating the flaws, Emil Khamitov released his own version of a dust collector, which he claims is currently the best dust collector available in the Russian ad global market.

ŌĆ£Our dust collector model is more likeable because it is secure and takes care of both nail-techniciansŌĆÖ and customersŌĆÖ health,ŌĆØ notes Emil. It is not a secret that during the gel application, different types of chemicals are used. When filing the gel layer, the harmful chemicals reach the respiratory system and lands on the skin in the form of dust. In the perfected dust collector all of the dust is collected in a special bag. The safety of dust collectors is reinforced by a metal body that distinctly differs from the Chinese analogue plastic body, Emil emphasizes. As Ventspils sales-assistants have already noticed, our nail-technicians have positively approved the advantages of the local product.

The dust collector takes over the Europe

The dust collector, Emil Khamitov began to manufacture in Russia, has been in the market Russian for four years already. The only thing the Russian company has in common with the company in Ventspils is the owner. The company in Ventspils SIA Emil Company Europe is registered as an independent legal entity. After successfully performing in the Russian market, Mr. Khamitov decided to enter the European market. For European consumer, it is important that the product is manufactured in the European Union, notes the entrepreneur. There are no customs on the borders of EU which is also important.

Returning to the home town

It is not a coincidence that our city got included in Emil KhamitovŌĆÖs business plan. He was born in Ventspils, in a family of military personnel and spent his early childhood living on Gan─½bu iela, went to the kindergarten Egl─½te, and studied for a short time in Ventspils 2. Secondary school. When he was eight, his family with the rest of the Soviet army, went back to Russia, Bashkortostan, where EmilŌĆÖs parents were from. Emil studied engineering in the University of Ufa. However, he started his independent life in Kazan. After changing his occupation several times he became a sales manager of electrical equipment.

Having acquired the principles of selling, Emil decided to establish his own business and began with the repair work of beauty parloursŌĆÖ equipment. Soon enough he began manufacturing his own products. He was attracted to the beauty industry because of the opportunity to help women always be healthy and beautiful. He found a free market niche for his business. Currently, he employs around 15 people in Kazan, the company sells up to 2000 dust collectors in a month. The companyŌĆÖs partners are about 70 stores in Russia, including several large trade networks. Emil Khamitov sells his dust collectors also in Belarus, Kazakhstan and Kyrgyzstan.

Gradually, the information on dust collectors reached the European market. And the orders from Europe started to come in. Last fall, Emil, for the first time in 25 years, decided to visit Ventspils. During all these years he still remembered this city. Already on his way back, in Riga airport, Emil began to research the ways of launching a business in Latvia on the official webpage of Investment and Development Agency of Latvia. He found out that Ventspils Freeport has free premises for business development and it offers other forms of support for young entrepreneurs. Emil also found out about the development opportunities in the business incubator of the Investment and Development Agency of Latvia, and he realized that it was exactly what he needed. Besides, the never-freezing port with navigation all year round and convenient ferry transportation created excellent conditions.

The new entrepreneur decided to take advantages of all the opportunities, provided by Ventspils. In addition, when returning from visit in Ventspils, he immediately received an invitation to collaborate with a company from Latvia. Emil found a company Eiroaudits in Riga that helped him to create and register a new company in Latvia by opening a bank account in our country.

Last year, at the end of November, SIA Emil Company Europe was registered in the commercial register of the Republic of Latvia. But at the end of February, the first delivery of products was made from Ventspils. Emil did not fear to name the company in his name, being perfectly confident about the quality of the products and taking all the responsibility for it. Alongside to the support from Ventspils Freeport Authority, he also receives support from Ventspils Business Support Centre.

The company of Emil Khamitov are renting four rooms in Ventspils High Technology Park (VHTP) for finished products, for office, and for manufacturing workshops. Part of the manufacturing are carried out in Ventspils but the other part implemented by a partner in Talsi. But Emil is considering moving most of his manufacturing operations to Ventspils and recently signed a contract for the lease of additional production premises in one of the cityŌĆÖs metalworking company. Currently, six people are employed in Mr. KhamitovŌĆÖs company in Ventspils. An expansion is planned in the future and he is already looking for a sales manager.

The young entrepreneur is getting used to the life in Ventspils. He has even bought an apartment in our city. The entrepreneur admits that taxes are much higher in Latvia than in Russia. But the business transparency and security compensates it all. ŌĆ£For me, the rules of the game is more understandable here,ŌĆØ Emil says. And in Ventspils, he is feeling much more comfortable than in a big metropole. ŌĆ£It is very pleasant to work here and also to rest after a workday,ŌĆØ Emil admits. He has already visited other cities in Latvia and appreciated the development of Ventspils. 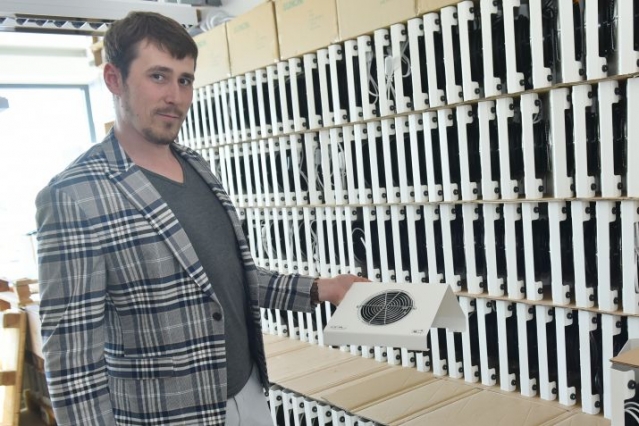 The entrepreneur Emil Khamitov is certain: his dust collectors are better than the others. 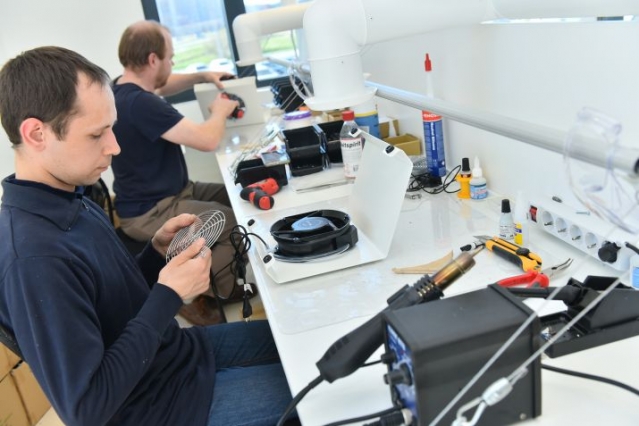 The assembling of dust collectors happening in Ventspils High Technology Park. All of the component details are delivered from European countries. The company produces up to 200 dust collectors per month. 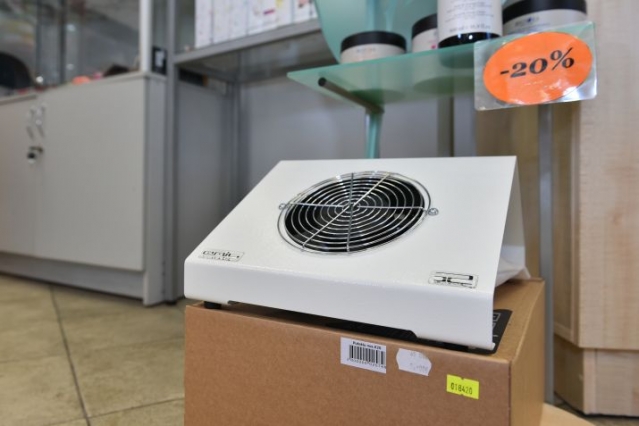 The dust collector by SIA Emil Company Europe are available at Stilette in Andrejnams.