The closeness of the port enables development and growth

Although Kurekss Ltd. does not operate in the territory of the Ventspils Freeport and is not even located in Ventspils, it is one of the main customers of the port terminals dealing with the transportation of timber. The company admits that the cooperation is also very beneficial to them.

Vessels export 70 % of the production

In fact, the company had always been associated with the port, because initially, Kurekss Ltd., or at that time, Kurland Export Company was dealing with timber export, and only then came the sawmill that added the value to the materials. Right now, straight from the port docks, most of the companyŌĆÖs production is beginning its way to other countries. In 2017, vessel landed in Ventspils port 39 times collecting and exporting around 140 000 m3 which are 70 % of annual production. ŌĆ£Most of the produced sawn timber has high added value: construction timber, terrace boards and other products ready to use. The main markets for this production are the U.K., Egypt, and France. From Ventspils, our timber is also travelling in containers to the Far East, but it cannot be considered as an everyday experience,ŌĆØ the Deputy Head of Processing Ernests Skaistkalns explains. In addition to the amount exported by vessels, nearly 15 000 m3, or about 8 %, are exported to Western European countries via road transportation and ferry. Besides sawn timber, the company also exports joint products of the production: chips that are sold mainly in Scandinavia. Last year, 320 000 m3 of chips were exported from Ventspils port. ŌĆ£The proximity of the port undoubtedly is the main reason for developing and becoming the kind of company that it is now. This spacious and rather cheap transportation is located only a few kilometres away, allowing us to work in optimal timetables and to make large shipments without a notable rise in price which has been topical for Russian road transportation since the imposition of sanctions. Vehicles transporting goods from Latvia to Western Europe most likely would be transporting other loads to Russia on their way back. But now this kind of shipping does not exist anymore and that is why the costs of freightage are rising. Water transportation is much more consistent,ŌĆØ Skaistkalns admits.

As opposed to a popular myth that huge amount of bolt timber is exported from Latvia, Kurekss actually imports part of the raw materials from Norway, Estonia and Lithuania, because of limited availability and high competition it is not possible to provide production exclusively with local resources. In 2017, seven ships with sawn timber from Norway and Estonia moored in Ventspils port. Bringing the total amount of 23 000 m3 bolt timber for the consumption of Kurekss Ltd. It is planned to increase these shipments thus shiploads from Finland are expected. At times when raw materials are being imported from other countries, the company appreciates the proximity of the Ventspils port. Each kilometre, required for delivery of timber from the port to the manufacturer, reduces the cost efficiency of such import. For Kurekss, these are only a few kilometres, so they do not have to worry about the significant reduction in profits.

Marriage after a lifelong union

In a recent past, Kurekss had 33 % of Kurzemes Granulas Ltd. shares but now it has become the sole owner of this company operating in Ventspils Freeport territory. The producer of pellets has always been KurekssŌĆÖ partner of strategic importance, allowing rational utilisation of joint products with limited use: sawdust, shavings, and dry chips. Meanwhile, the proximity of the companies allows them to operate more efficiently without losing competitiveness due to transportation costs. The company explains that the takeover of Kurzemes Granulas was not specifically planned and organised. The rest of the owners had decided to sell their shares, and Kurekss used its pre-emptive rights stipulated in legislation. ŌĆ£None of the owners had proposed something similar in previous years so we did not plan anything like this. When this happened, we understood that this is an opportunity for us that we have to take. So we did,ŌĆØ says J─ünis Aps─½tis, the president of Kurekss Ltd. It was a rational step to take because now we do not sell the joint products, but process them and sell with added value. The dependence on the pellets producers and volatile raw material prices has reduced thus the economic indicators now are more favourable. The takeover of Kurzemes Granulas Ltd. is like a marriage after a lifelong union. Nothing fundamentally changes, only the legal wording and accomplishments of the relationships is viewed jointly.

The employees are at the basis of the development

The company, currently, employs more than 190 people, but since the launching of business in 1995, the number of employees has grown ten times. And the production volume has increased 40 times. Therefore, the company underlines that the main aspect of development and competitiveness are employees who are rewarded with competitive wages and growth opportunities. The growth of technological development and production volume must go hand in hand with the improvement of the work environment and work ethic. Of course, the development and modern working environment are more noticeable for employees than the increase in production volume and economic indicators, but in Kurekss all of these aspects are on balance.

The small sawmill in the outskirt of the city has turned into an important producer and exporter of timber. 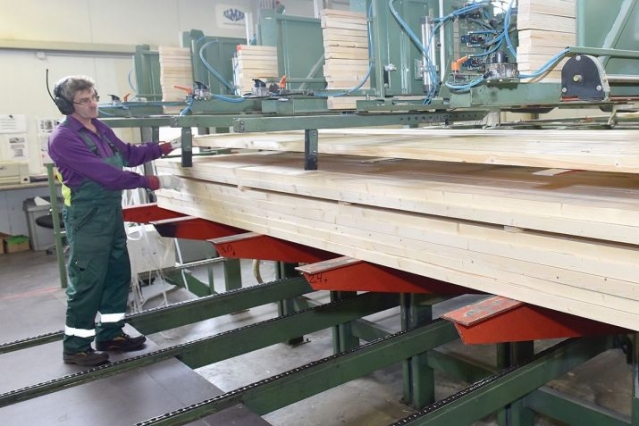 Kurekss employs and provides with a modern working environment more than 190 people. 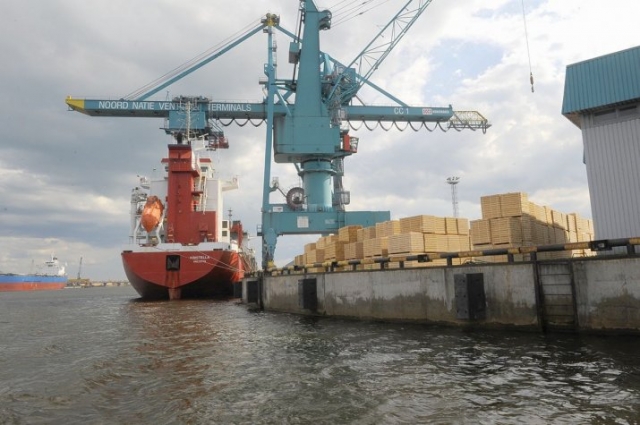 Most of the products are transported via sea from Ventspils port.

We appreciate the proximity of the port and provided opportunities.

The port, undoubtedly, is a vital component of our business, because we must deliver our products. Ventspils has the best conditions in Latvia for shipping timber. We feel very good, the cooperation with Noord Natie Ventspils Terminals and Ventplac are excellent. We are always able to agree on what we need. The distance to the port is also essential, as well as the fact that we do not have any restrictions on the draught of the vessels. The proximity of the port is very beneficial in times when we import logs from Norway, Finland, and also from Russia and Estonia because if we were located further away, our economic situation probably would be different. The same applies to the production of Kurzemes Granulas because the proximity of the port is important when shipping. This cooperation with Ventspils port is very important to us so we cannot say anything but the best about it.