The year of 2021 at the Freeport of Ventspils

The last year at the Freeport of Ventspils was saturated with responsible challenges and ordeals, but also with unforgettably positive moments. The next year – number 759, if we count from the moment, when the Port of Ventspils was first mentioned in scriptures – promises to bring no lower responsibilities. But now, let us look back at the brightest moments of 2021.

At the beginning of the year, the influential ferry-boat operator Stena Line and the Noord Natie Ventspils Terminals (NNVT) operating at the Freeport of Ventspils signed a contract for 20 years agreeing on regular ferry-boat traffic from the Freeport of Ventspils. As a symbol of the great development plans most visible to the people of Ventspils, this year, the 222 metres long ferry-boat Stena Scandica, with 30% greater capacity compared to the previous ones, started running from Ventspils. Furthermore, in September, Stena Line announced attachment of two brand new ferryboats to the line of Ventspils as of 2022. These new E-Flexer type ferry-boats will be 240 metres long, equipped with 263 compartments, 1,200 passenger seats, 3,600 lane meters for cargo units, which will allow 25% increase in cargo capacity and 33% increase in passenger saloon. Volume of Ro-Ro or volume or cargoes transported by ferryboats has been forming a significant part of the total cargo volume handled by the Port of Ventspils for several years. However, stable ferryboat traffic plays more crucial role in attraction of new investors, since quickly and conveniently reachable region of Scandinavia for exports is a significant advantage of Ventspils. 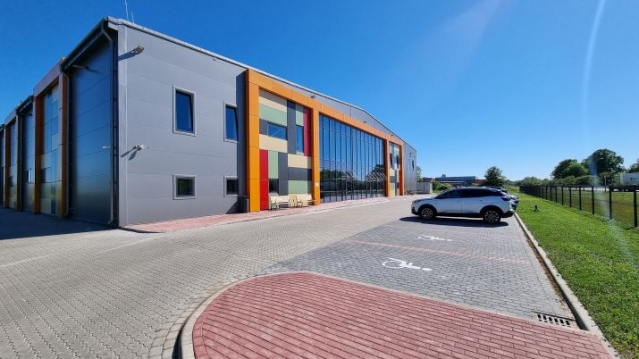 Whereas, in September, at Gan─½bu Street 103, the new polycarbonate sheet and accessory production unit ULTRAPLAST EU was solemnly opened.  The company has extensive development plans with the implementation of several stages of development scheduled for the nearest future. Plans include modern manufacture of high technology sheet plastic with the total annual capacity of 10 thousand tons of ready products employing 60 employees.

The Freeport of Ventspils Authority has built already 11 industrial buildings, thus investing in the industrial development of the city more than 50 million euro. 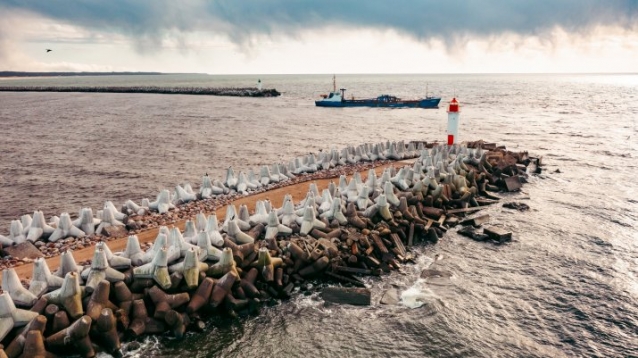 Renovation of the Northern Pier completed

The Northern Pier is one of the most strategically significant port hydro-structures. The pier is a structure one and a half kilometre long stretching from the coast into the sea and protecting the port from waves, ice and sand drifts. Unlike the Southern Pier, the Northern Pier additionally performs also industrial functions, since important communications used for loading the vessels have been arranged therein.

At Plosta Street, the bituminous concrete surface which had served its time was renovated and new lighting was installed.  Part of this project was also the construction and arrangement of the access road for bulk cargoes opposite Ventspils State Gymnasium No. 1 at Br─½v─½bas Street. The arrangement of this place was necessary for the removal of especially large cargoes from the terminal or delivery of such cargoes thereto.

In June, winner of the open competition LLC (SIA) “CTB” commenced renovation works of the upper layer of surface of the Bridge of River Venta. Although, according to the conditions of the contract, renovation works were supposed to be completed by August, the contractor was not able to meet the deadlines. Overdue will be subject to sanctions according to the contract. Furthermore, neither the Freeport of Ventspils Authority as the client, nor the construction supervisors are satisfied with the quality of works. The contractor LLC (SIA) “CTB” will be obliged to eliminate the found defects at its own expense.

Completion of rebuilding of Kaiju Street at P─ürventa before winter was just a short moment away. At this place, street surface was fully rebuilt, rainwater sewerage and lighting were constructed. Works are at the closing stage at the moment, however, during the weather conditions typical for winter, performance of the works at sufficient quality is not possible, therefore it was decided to take the technological break until the spring with weather conditions suitable for street construction. 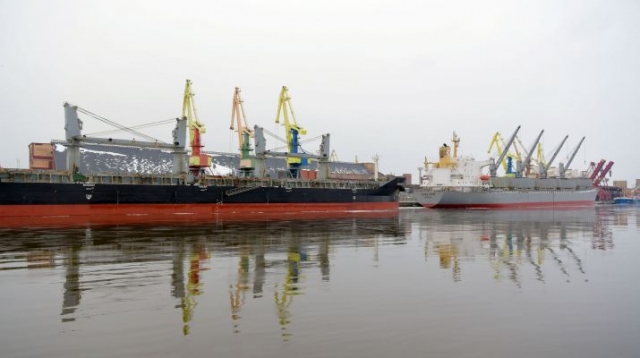 The year of 2021 was full of challenges for the terminals operating at the Freeport of Ventspils. Competition for cargoes is very fierce among the stevedores at the Baltic ports, furthermore, volumes of transit cargoes are heavily affected by geopolitical conditions. However, this year has shown several interesting tendencies. First – while the volume of transit cargoes transported via Latvia decreases, importance of local cargoes grows, and both the freeport authority and terminals are ready for a flexible adjustment to the market requirements for better competitiveness. For example, following significant investments in its infrastructure, “K─ülija parks”, which was built for handling fertiliser back in the day, now also accepts grain cargoes. Those cargo groups, that are not directly dependent on the geopolitical conditions indicate a continuous steady growth – Ro-Ro cargoes, timber products, agricultural products, liquid chemicals, metals, etc. Furthermore, the second half of the year, showed positive trends in coal handling. During the period, when Russia has directed its coal cargoes to its own ports, the Freeport of Ventspils has managed to interest coal carriers from Kazakhstan. 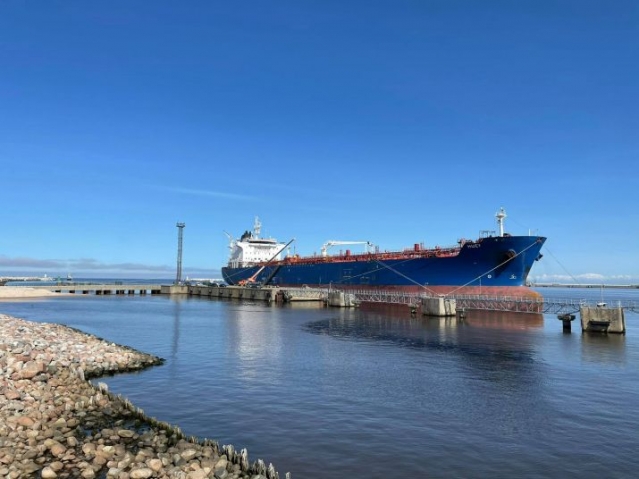 In cooperation with several service providers at the Freeport of Ventspils, offer of vessel repair works, which was previously seldom chosen by shipping companies in Ventspils, has been improved.  So far, other ports have been more active to offer such a service, although the Port of Ventspils also has all the preconditions to perform such works. The Port of Ventspils Authority, including the port entrepreneurs, decided to work on preparation of an offer for shipping companies to compete also in the market of these services. Quay No. 37 by the Southern Pier, where cargo handling is not possible, is used for vessel repair works.